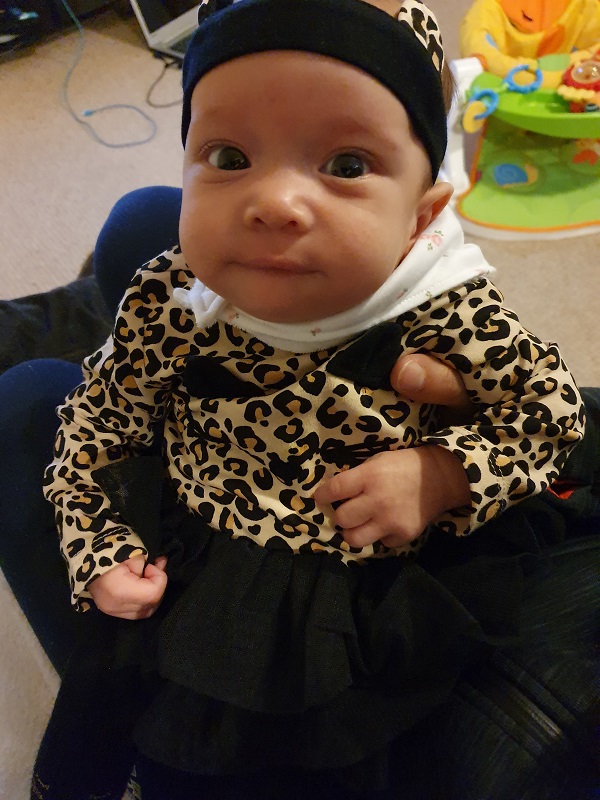 So, babies are time consuming!

I thought I would be quicker at getting something written down. But working, training, travelling and parenting takes up loads of time! I will have to do my best from memory on how it all went…

Longest process ever. I was induced on Monday 15th July with a pessary- which by the way is hideous. It was very painful going in, not sure if it was meant to be quite so painful but it was!

Pessary is taken out and I’m told I’m 1cm dilated. They put a second pessary in (which didn’t hurt anywhere near as much as the first one for some reason), and we wait.

2nd pessary is taken out. I’m told that the person who said I was 1cm dilated was being generous. So I’ve actually somehow gone backwards. I am given options for other types of inductions, including a balloon induction. I had never heard of it before and was dreading it. Turns out, it is a mechanical method of dilating your cervix (as opposed to hormonal). I was given the option of having gas and air but it didn’t turn up. So I went ahead without! Can’t say I’m glad I did it without as it definitely hurt and was hugely uncomfortable (to paint a graphic picture, my bits were at eye level with the doctor and it felt like I was going to poo in his face when he was putting it in).

Balloon is taken out and I’m 2-3cm dilated. They break my waters with a hook…then we wait…!

I finally go into labour and I very quickly have to ask for an epidural. After 2 failed attempts and having to start the process again (blood vessels were hit, highly unusual I was told), it eventually is in and working! I’m told to push- well actually, I’m told to push like I need to have a big poo. Unfortunately the epidural was working too well and I didn’t feel anything at all, including the need to push. So when I was told to go for a ‘big poo’, I just felt incredibly self conscious (I had my boyfriend, aunty, 2 midwives and a student midwife in the room) and couldn’t push hard enough. Then we turned the epidural down so I felt the need to push, but it got far too intense and I went all crazy woman and couldn’t do anything other than suck on the gas and air and shout at my boyfriend- standard behaviour. After 2 hours, the midwives gave up. I was told she was back to back and I needed to go to theatre. Once there, I was introduced to the surgery team who were going to perform a C section if I couldn’t push her out. So, we started the process again, I was pushing with pure hate at this point as it was the most powerful thought I had to get her out. They used a ventouse (suction) to help but this was unsuccessful, she was stuck in the birth canal. They then went on to forceps. At this point I knew we were at the last option for her to come out naturally, after this, a caesarean was needed. I concentrated and pushed so hard I didn’t even know she was out. (I was actually still straining and pushing and she wasn’t even in me anymore!)

The first moment they put her on me, I was in disbelief. I couldn’t actually believe there really was a baby in me and she was finally out. She had skin missing on her head and was quite misshapen from the suction (she basically looked like a conehead from the film itself). She also had red lines over her face and eyes from the forceps. She was taken away for a quick check as she was quite floppy and wasn’t breathing as well as they wanted her to. But she soon got the all clear and was given back to me. Nyla Kathleen-Joy Goulding was born at 17:05 on the 19th July 2019, weighing 7lb 6oz (although they originally got this wrong and told us 7lb 10oz).

We spent a few more days in hospital as she needed antibiotics (because my waters broke at 25wks) and she had jaundice and had to spend 24hrs in an incubator. 9 days after getting to the hospital, we were finally allowed to leave.

As I write this today, she is 14 weeks old. It feels like it has all gone super fast. I am often asked if I feel like a mum. I’m still not sure what that is supposed to feel like, but I know from the moment she was born, I felt like her protector. I feel like I am her first line of defence (and find myself quite aggressive with it!). I’m not sure about this fluffy ‘motherly love’ business, but I know I will always do my best to make her feel loved and safe.

Parenting is an INCREDIBLY judgemental world. Strangers definitely feel it necessary to give you their opinions constantly and touch your baby all the time. It’s strange. When Nyla is crying, strangers will literally tell me she might be hungry 🤔. Or have I changed her 🤔🤔. Or maybe I need to wind her 🤔🤔🤔.

Timekeeping has never been a strong point of mine, and since having Nyla, it has got worse! I find myself constantly distracted by her, and most of the time she is literally doing nothing. Other times, it’s because we’re about to leave and then she decides to have a poo, which then leaks and we have to change her whole outfit. Or she is sick just as we change her into her new clothes, so we have to change them again. Other times, it is because we have underestimated just how long it takes to leave the house with all of her luggage.

Parenting is hard work, but so much more rewarding than I thought it would be. I enjoy her being small (still wearing newborn clothes believe it or not!), I enjoy dressing her in funky clothes and laughing at her (until she can laugh with me!). I try to embrace everything day by day, especially as she may well be my only child, so I try to enjoy each day we get. Nyla makes us really work for her smiles, which is actually very much my personality! But everyday, I set out my own targets of trying to get her to smile and even laugh. My boyfriend and I take her out to as much as we can for her to see and experience new things. Even though she won’t remember, we try to create memories for her and us. Even small walks to the local park or shops for her to see the green grass, the autumn trees, blue skies, just to get some fresh air in her lungs. I think it’s important to do those small things.

Training, working and doing parent thing is tough. All 3 of those things take up a lot of time on their own, trying to juggle all 3 is definitely a test of organisation and character. But I think I am managing it..?! I am relying heavily on my boyfriend to look after Nyla when I am at work and training (and to be fair to him, he is doing a great job. It’s not easy to come from the perfect climate of Brisbane and come and live in the cooler climate of Loughborough where he literally only knows 2 people!). We are also experiencing the stress of trying to sort a visa extension for him as currently, he will have to leave the country on January 1st 2020. If that is the case, I will likely have to go with him and Nyla to Australia where I will need my own visa extension as a tourist visa there is only 3 months.

I live and work here (Loughborough), but am also employed in West Sussex and work in London. So travel is a huge part of our lives too. So relying on family members to help by letting us stay for the night (or weekend in most cases) has been a big help to us.

People keep asking me if I’m ‘on track’ for the Olympics next year. The honest answer is, who knows! There are many things that could happen between now and July 2020 (when selection is confirmed). But I do know I am making progress each week and my body is holding out so far! I am making sensible decisions based on what my Physio says, what my women’s physio has advised and what my coach is telling me. Whilst I am still a bit away from full power throwing, I am making steps towards it and everything is going in the right direction.

I will aim to do better with the next update and not leave it quite so long! In the meantime, following me on social media is definitely the best way have a nose 😉

P.S. It has taken a further week to get this out! Nyla is now 15 weeks old! I like to write weekly updates of what she has learnt to do or how her little personality has developed. In the last 7 days, she has had her first proper giggle, wriggles a LOT more than she used to, eats her car seat and has now successfully worked out how to hold her foot and bath toys!