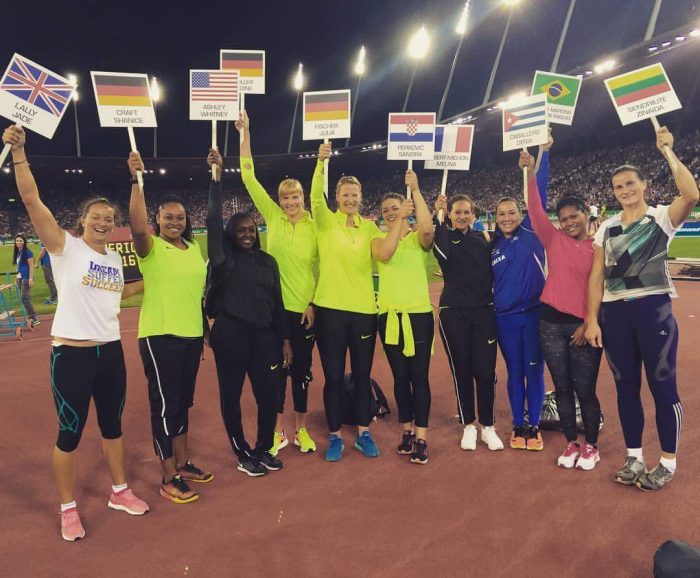 Firstly, apologies this has taken so long for me to get round to writing! There’s been a huge gap since the last update!! Lots of travelling this year, still working at the gym so am limited for time. However, I sit writing this on holiday in Sydney, so now I have time.

It’s easy to sometimes forget where you came from, so I will do my best to be upbeat when I write this end-of-year round-up. The year started beyond expectations, throwing two English records and getting my two Olympic standards before we were even in March was a dream come true. It was however the highlight of my year, unfortunately. This season has been a year of learning. I have competed in every available Diamond League meeting this year which is something I am very proud of. Before this year, I had only ever been invited to one, which was the one in the UK. Usually the host country get a free pass for their best athlete to compete, but for some reason, British Athletics have not always seen me worthy of competing in our home Diamond League (yes, I am a little bitter about that). But this year, as I said, was different. I managed to compete in Shanghai, Eugene, Oslo, Stockholm, London, Paris, Zurich, in that order. My proudest placing was 3rd in my home London Diamond League with a packed crowd. This was the last competition before the Olympics and also the first time I got to compete in that stadium with a crowd as I wasn’t selected for the London Olympics (yes, I am still bitter about that too). Also Paris was the first competition after the Rio Olympics, and I finished 4th. The only people to beat me were the medallists in Rio. Something I am very proud of.

I competed in the European Championships in Amsterdam finishing 7th. I am told my throw was the furthest distance by a male or female Discus thrower ever!

Then came the Rio Olympics. Hmmmmmm…… OK. So, I trained well in the lead up to the Games. I was really happy with my preparations, I felt physically in the best shape I’ve been in all year, mentally I was ready to compete and excited to go. I had little contact with my coach in the holding camp in Belo Horizonte as he couldn’t be there in person as he wasn’t part of Team GB. We had to make a decision whether it was better to be in the holding camp for a few days or if it was better to be in the stadium during my qualifying rounds. We agreed the competition was more important. I did of course speak to him on Skype etc and he knew things were going well. (As in I was throwing 64m/ 65m on good days. 60m everyday and averaged around 62m. Like I said, things were going well).  I got to the athlete village in Rio, did a training session the night before I was due to compete in my qualifying. At this point I know my automatic standard to get to the final is 62m. That training session, I throw over 62m a few times. (Told you, training was going well). So I wake up on another blue sky, sunny, hot day in Rio. Do my normal routine of breakfast, hang out, lunch, go for my afternoon nap as I know I am competing late that night. When I wake up from my nap, the weather is distinctly different to what I fell asleep to. Like grey, windy, storms-a-coming looking weather. I decide not to get paranoid and continue to get my bag ready to compete. Then for piece of mind sake, I check the weather. Storm. Big. Storm. Now, I feel annoyed that I am about to compete in my first Olympic Games in some big-arsed storm. Then decide that actually I am ranked 9th in the world at this very moment, I can throw in the rain now, I have conquered that fear of mine. I get my waterproofs ready and head out, confident.

Unfortunately, my fear of falling took over and my technique feel apart. I finished nearly last at my first Olympic Games.

Those 3 things are not something I will make the mistake of not considering again. Loneliness I think will be better next time round as I did make some friends in Rio and also, I now know what to expect. I will always check the bloody weather and talk to my coach Andy Neal, about tactics and ‘what ifs’. Circles, again, talk to my coach and become adaptable. Not just with the 5 pairs of shoes I brought with me, but with my technical/ tactical approach to different surfaces.

So, not a wasted year, overall still a very good one. But I can’t help think what a wasted opportunity Rio was. I genuinely believe I could have got close to a medal there. However, what I have learned may be the reason I get medals in the future. Silver linings.

Hope that wasn’t too down and out. But unfortunately sport isn’t always nice to you! “Life isn’t always sunshine and rainbows…It’s about how hard you get hit and keep moving forward. That’s how winning is done!” Rocky, 2006. Yes I quoted Rocky, I draw great inspiration from those films!

Here’s to the next Olympic cycle and everything in between!

P.S. I still finished ranked 10th in the world, did all available Diamond Leagues and finished 3rd in London, broke the English record, twice. Made the European final, beat some really big names annnnddddd became an Olympian. All as a proudly unfunded athlete. A good year 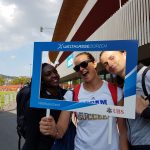 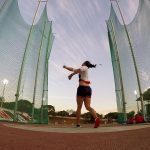 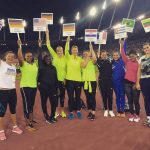 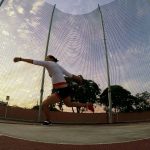 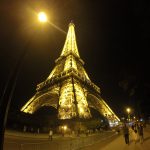 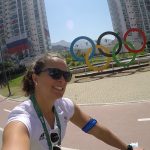