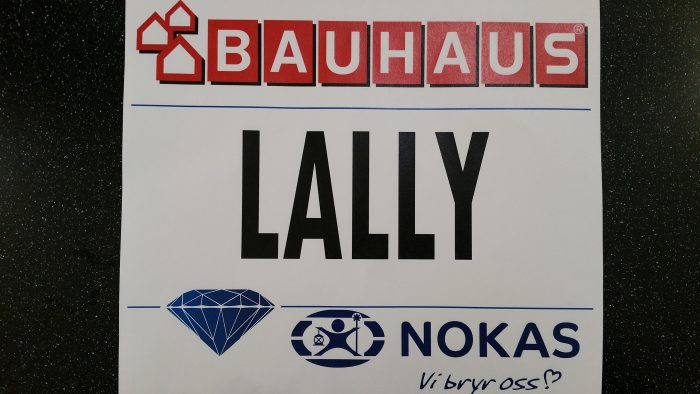 So 3 months pass, whats been happening? I can pretty much narrow that down to one word…travel! As soon as the competition season kicks in, I always do a fair amount of travelling. This year however, because of my early throws, I managed to get into all the available Diamond Leagues! I’ve never been to a Diamond League outside the UK before so to get into every one is pretty phenomenal! In a nutshell, I spent 4 weeks in the UK after Australia before I left for San Diego. Competed in America 4 times, getting over the Olympic standard on two more occasions throwing 63.16m and 63.60m. From there I travelled on my 14hr flight straight to the Shanghai Diamond League but only managed 58.51m. When I left China, I spent 3 days in the UK before I flew off to Germany for my favourite competition of all time and favourite weekend in the calendar! Back to back competitions of Halle and the Loughborough International. Threw 60.97m in Halle, travelled back the same day landing in my hotel at 2am. Competed that day and managed 60.50m.

3 days after Loughborough International, I flew to Eugene in Oregon USA for my second Diamond League. Great conditions here and my now my favourite Diamond League to date. Brilliant atmosphere, a knowledgeable crowd that got behind everyone and every event. It also felt like the organisers really included the field events- a rarity unfortunately!! I finished 7th here with my 5th Olympic qualifying standard, 61.83m.

Got home after Eugene and decided to actually get back to some training! All this travelling was great and exactly what I wanted but I did mean that training was now taking a hit. So the Lil guy and I thought it was best to miss the first UK Women’s League in Swansea and rest up instead. This brought us to the Stockholm Diamond League on the 16th June. But on Tuesday 7th June at 5.30pm, I was offered a chance to compete in Oslo for my 3rd Diamond League. After some confusion with who was and wasn’t invited, I was finally confirmed whilst at work at 9am on Wednesday morning to fly out 3pm Wednesday afternoon and compete Thursday evening! Preparation wasn’t ideal but all was fine and I was happy to compete again with the best in the world. I only managed 59.56m here as I really struggled with the circle- was a newly laid, dusty circle which made me move too cautiously. I did however finish 6th which was my best position thus far.

The weather in the UK is now in British Summer mode, which means not as cold but lots of rain! I did a fair amount of training in difficult conditions and was happy with my prep going into the Stockholm Diamond League as I had my suspicion it would be a wet one! True to form, it was rather damp! I was super excited to compete in my new ‘wet weather’ shoes and prove to myself and my coach that the haunting days of wet circle were now a thing of the past. Unfortunately for me, I came across a new problem. Whilst my warm ups were great and went exactly how I wanted them to go, my discs were collecting water with every throw when they were landing on the grass. By the time the competition started, there was water in my discs which seeped out just as I started my delivery- the peak of acceleration for the discus. Because of that, I lost grip and messed up the throw. This happened 3 times = Competition over (due to the new field event format of 3 trials, top 4 get a further 3). Worst throw for 2 years and a hugely wasted opportunity to take some scalps. Also a massive 10m below my PB!

So here we are today! Thankfully (for everyone around me), I am now out of my foul mood and am over what happened. I welcome the next rainy competition day with huge open arms, the score needs to be settled!

Next stop, Olympic Trials and British Championships, Sunday 26th. If you haven’t got your tickets yet, get them!! 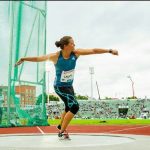 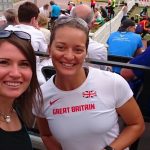 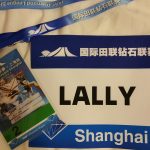 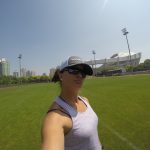 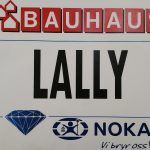