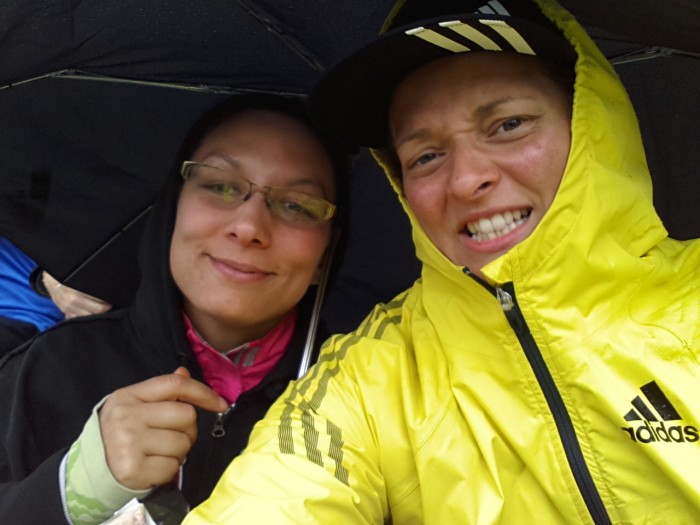 …3 weeks in San Diego at the Olympic Training Centre (OTC), without my main coach but with an amazing training group, my consultant coach and surrounded by some of the best throwers and facilities in the world. Also no work for 21 days! Worth it…?

I had high expectations for this trip. My winter has gone really well, and I am generally the strongest I’ve ever been. Everything in the weight room is going up and getting heavier, throwing looks to be heading in the right direction, it’s just to put it all in to competition mode now! Simple. In theory.

On paper, my trip to the US doesn’t look particularly successful. In terms of competition, I under performed twice out of the three meets I had out there. My first competition was my best competition as it was only 3 days after landed. I didn’t feel very athletic or snappy, but managed to compete and throw 57m. This was an OK start I felt considering the flight travel, the 2hr car journey to get there and waiting around 7hrs to start the competition in a sunny, 30 degree heat! Also this venue is very unique in that the Discus circle is lower than the field itself. I am 6ft and the grass level was above my knee. So you naturally lose distance on your throw as your Discus meets the surface so much sooner than it would if the circle was level with the grass. Despite this, the venue, Mount SAC, is a very nice very to compete at and usually has very good competitors there. The wind is also usually favourable. The other two competitions were not as good. For various reasons, I was a lot less competition ready after being there a few weeks. I believe this to be down to having too much of a ‘training’ mentally rather than ‘competition’ mentally.

Other than the competitions, it was, as a training camp still very good. I learned a lot, enjoyed being in the company of so many like minded people and training with an elite group. My usual day-to-day training is a ‘training for one’ situation. I spend a lot of my time drilling, throwing, sprinting, lifting alone. I have now started to lift with a group of guys on Monday and Friday mornings at 7a.m. as I can guarantee a spot and their dedication to turn up! To have some time away from work is also very beneficial. Although I only work part time, I train at my working venue and am often spoken to about work things, given updates, deal with enquiries etc. So to have no interruptions for 3 weeks is a nice break. Facilities at the OTC are out of this world. I do not train with the best facilities where I am based so when I turn up somewhere and they have a choice of training bars, Eleiko bars and plates, platforms and various other bits, I get very excited! The OTC also has a number of throwing cages at the centre- 6 Discus circles, 4 Hammer circles, two Javelin runways, a net for medicine ball work and a sand pit. Then they have the usual athletic track with the home straight having 12 lanes, pole vault mats, gymnastic bars, a number of sand pits (also where Greg Rutherford broke the British Long Jump Record this year), the list goes on! Also the amount of quality athletes that train there is hugely inspiring. To see Olympic champions training there and be mixing it with them on a daily bases is something you would struggle to recreate anywhere else in the world.

My next stop after being back in to UK for 10 or so days is to fly to Germany and compete at Halle. One of the best competitions to attend as a thrower and is one of my favourite places to compete. The following day is my first competition for England at the Loughborough International. Lets see if I can get this ‘competition’ mind-set back! 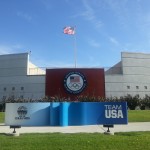 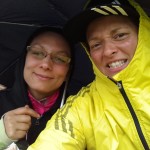 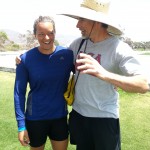 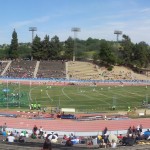